The Sonics-Have Love Will Travel

Screamin’ Jay Hawkins, I Put a Spell on You

« Lucy in the Sky with Diamonds », in Yellow Submarine. Liens esthétiques.

Both a detailed synopsis and a film analysis

« Easy rider ». Or a not so enigmatic title for an amazing though surprising movie. Indeed, the film, released in 1969 deals – quite logically – with two motorcycles riders respectively named Wyatt (Peter Fonda) and Billy (Dennis Hopper). But what truly makes the film appealing lies somewhere else : in the very story that is being told and also the way it is shot. But we will come back to this a bit later. For now, let us focus on the script.

Simply put, Easy Rider is the story of two men, who after a big (not to say very juicy) drug deal decide to buy themselves motorcycles in order to take off from Los Angeles and enjoy a long journey throughout the United States, their final goal being New Orleans’s carnival. A very classical movie, by all appearances. Indeed, a pragmatic spectator (not to say very down-to-earth) could basically understand the movie as a road-trip. However, it is a bit more complicated than what it appears to be. Why that ? First, because the story of the way it has been shot makes the movie itself very peculiar : both director were not willing to make another movie gathering motorcycles, drugs and sex, as they had already experienced it. Reality proved them wrong : Easy Rider is no myth. Then, because the story of our two characters is miles away from the standards of a road-trip. If as in any movie of its type, there are many meetings, all those collusions have a deeper meaning than what they seem to at first. It is a journey during which they will face the darkest side of the United States : all along their trip, they discover a racist, and narrow-minded white America. But the journey of Billy and Wyatt is also made of stages, of steps, and each of them brings the two characters closer to a certain although tragic faith.

Their first stop for instance – when considering it afterwards – is a major warning. Indeed, as they are looking for a hotel to spend the night, they stop by a place on the road, whose sign says « vacancy ». However, as soon as they ask the owner to give them a room, the sign suddenly changes to « no vacancy », compelling them to spend their first night out. It is their first rejection because of the way they look, because of what they embody (freedom), and it stands as an obvious sign of what they could expect once they will be much deeper in the country. But they do not let things get to them, and they decide to ride a little further.

Then, the next two meetings are crucial, because both represent a different way of life that Billy and Wyatt could have chosen instead of riding toward their destiny.

First, they meet a farmer, who invites them to share a meal with his wife and his family. The episode could actually be quite hilarious (provided it was not another warning), as the discrepancy between the three men is so exacerbated. The farmer, for instance, does not understand what « L.A » means, which is supposed to be evident. But more importantly, is the fact that this farmer and his family embody a precise standard of life, which seems to attract Wyatt’s attention. Thus he repeats twice, with a pensive look, that owning a land in this particular area and being able to grow it, must be something appreciable. As if, he were himself considering the possibility of settling down.

The second meeting clearly contrasts with the former. Indeed, circumstances are not alike : first they are not being helped, but they help a hitch-hiker going back to his community (composed of hippies). The person they run into is completely different from the farmer. The contrast is startling. However, once more the hippy and the community he seems to « lead » are the perfect embodiment of a life-choice that is being given to Billy and Wyatt. Staying in the community, they would have the opportunity to be free and more importantly to be understood. And once more, Wyatt seems to be appealed by this way of life.  However, Billy’s impatient and impetuous disposition, lead them to leave once again.

… So they go on, and finally arrive in a city where takes place a carnival with a parade, which they join on their motorcycles, even though they are not allowed to. Of course, they are being arrested for that “crime.

There, the story becomes even more scheming, as they meet Jack Nicholson (aka George Hansen) in jail, who plays a lawyer with a strong taste for alcohol and being drunk. At first, the atmosphere between the three of them seems to be tensed, but as soon as Billy and Wyatt discover that he can have them released, things get warmer, and they actually start getting on much better. To the point of riding on with George, who, decides to leave on a whim and to experience the unknown. Billy and Wyatt therefore happily initiate him to drugs and marijuana, and life seems to be just fine. Until things start turning badly. Because one should no forget that our characters are moving accross a strong white and conservative America, which is not used of seeing people as Billy and Wyatt, and not even slightly tolerant. This is why their break in a restaurant is remarkable : they are not welcomed here, and people (policeman, farmer, simple fellow) clearly makes them understand so. They make ironical and mean comments on the way they look. Their attitude is also very aggressive. They are clearly trying to make them uncomfortable which they eventually managed to do, as George, Billy and Wyatt prefer leaving before anything bad happens. End of the crisis.

Or is it really ? Because feeling they will not be warmly welcomed among the local population, they decide to spent the night out. This is also the perfect occasion to initiate George to marijuana. Everything is going fine, they are all enjoying this peaceful time. That is until they go to sleep. Because, once asleep, some men (probably those from the diner) violently attack them with baseball bats. If Billy and Wyatt are not seriously injured, the situation is completely different for George. He is dead.

And this affects them deeply, but also opens of new era in the story : suddenly life is no longer only bright and shiny. The death of their new friend is a shock, but once more they prefer going on. Their goal, however, has slightly changed : in order to honor George’s memory, they have decided to stop by a whorehouse in New Orleans. There, they meet two girls, both prostitutes. But instead of staying in the brothel, Wyatt wants to enjoy the parade and the carnival, outside. So they leave. The four of them seize the moment, strolling on the streets, enjoying the music.

Eventually, they enter a creepy cemetery, where they stop for a while. Wyatt believes that it is the appropriate moment to share some heavy drug between the four of them, and there begins a sensory though very weird emotional trip. (which is supposed to be the most important scene of the movie).

Once this is over, they embark for what seems to be the last part of their journey. Indeed, they are on the road, riding their motorcycles when two friends in a truck start following them. As their speed is quite slow, they start insulting Billy and Wyatt. When, all of a sudden the man who is not driving pulls out a rifle which he pretends to shot Billy with. Tension is at its peak. Because, finally, as if it were something meant to be from the beginning, the man presses the trigger, while Billy falls heavily on the floor. As if all the anger, the misunderstanding that this White America carries had exploded, in the shape of a bullet. Billy collapses, the truck goes on. Wyatt who has seen the entire scene, rushes in order to get help. But the two men turn around, aware they cannot leave any witness behind. As coolly as for Billy, the man shots, and the bullet hits Wyatt hard, to the point that is motorcycle catches fire and his body is propelled several meters away. Where he remains, still, and dead. The end.

You know, I’ve seen a lot of people walkin’ ’round
With tombstones in their eyes
But the pusher don’t care
Ah, if you live or if you die

Like a true nature’s child
We were born, born to be wild
We can climb so high
I never wanna die

Don’t bogart that joint, my friend

Pass it over to me.

White-collar conservatives flashing down the street
Pointing their plastic finger at me.
They’re hoping soon my kind will drop and die,
But I’m gonna wave my freak flag high . . . HIGH!)

The ballad of the riders

Dennis Hopper : « You go for the big money, and then you’re free »

« We have left the Iranian airspace. » 3. Jungle Boogie – Kool And The Gang. 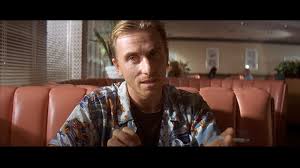 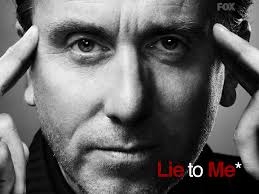 2. A magazine or book containing lurid subject matter and being characteristically printed on rough, unfinished paper.

We remember the world because of cinema.